The Brighton and Rottingdean Seashore Electric Railway was a unique coastline railway in Brighton, England that ran through the shallow waters of the English Channel between 1896 and 1901.

Magnus Volk, its owner, designer and engineer, had already been successful with the more conventional Volk’s Electric Railway, which had then not been extended east of Paston Place. Facing unfavourable geography, Volk decided to construct a line through the surf from a pier at Paston Place to one at Rottingdean. The tracks were laid on concrete sleepers mortised into the bedrock, and the single car used on the railway, a huge pier-like building which stood on four 23 ft (7.0 m)-long legs, was propelled by electric motor. It was officially named Pioneer, but many called it Daddy Long-Legs. 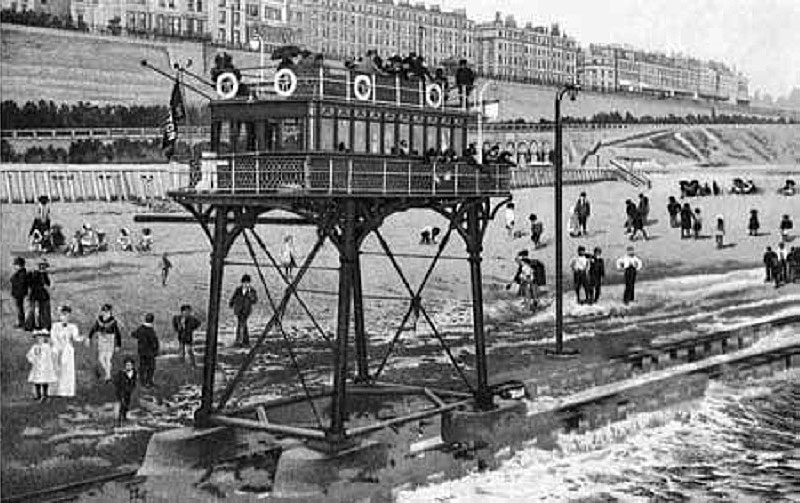 Construction took two years from 1894 to 1896. The railway officially opened 28 November 1896, but was nearly destroyed by a storm the night of 4 December. Volk immediately set to rebuilding the railway including the Pioneer, which had been knocked on its side, and it reopened in July 1897. In 1900 the council decided to build a beach protection barrier, which unfortunately required Volk to divert his line around the barrier. Without funds to do so, Volk closed the railway.

Our gift to you: A fully editable and scalable version of the latest YouTube Channel GUI PSD artwork for your mock-ups and presentations.Since it’s creation in 2005 there […]

Google is in the process of sending out mass notifications via email and Webmaster Tools warning of usability errors for websites that are not mobile friendly, and these errors will cause […]

Walter Potter was a self-taught taxidermist noted for his anthropomorphic dioramas that became icons of Victorian whimsy. For almost 150 years the stuffed animals were displayed at Potter’s